The recent decades have seen intensive discussions about the feudal system within the discipline of medieval studies. The debates show that this system was a highly complex one whose concrete features differed depending on the respective time and region. In order to explain the changes experienced by the feudal system over the course of the 12th century, it is worth investigating the Alpine area as a space of mutual influence between West Francia, the Kingdom of Italy, Burgundy, and the empire north of the Alps. Against this background, this issue focuses on the bishoprics of Brixen, Trent, and Turin as well as on the Abbey of S. Maurice d’Agaune, examining “vasallity” between the 10th and the 13th century in particular. 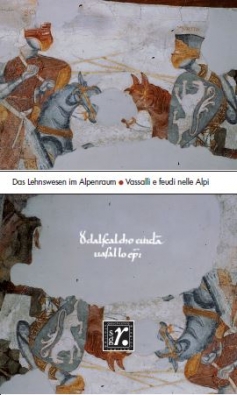