This issue on the extraordinary judiciary in occupied Italy investigates several of the many forms of jurisdiction in the two states—hostile to each other and occupied by adversarial armies—that Italy was divided into between autumn 1943 and spring 1945. The contributions investigate civil and military, ordinary and extraordinary jurisdictions that were in part complementary and overlapping while simultaneously sometimes being in accord and sometimes in competition with one another. 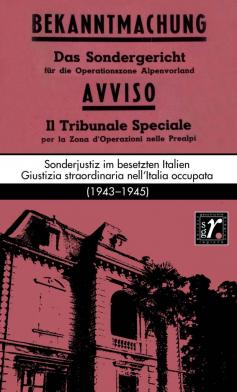