Since the 18th century at the latest, forced or voluntary migration to overseas countries as well as within the area of individual continents has been one of the key features of global history. The “disembedding” of personal and social relationships from previously stable contexts and the severance of spatial and temporal connections are phenomena of impellent dynamics that often place extreme strain on individuals and social groups. How do large populations and social groups following the difficult and often highly demanding path of temporary or permanent migration sustain their self-perception? How do they stabilize their affiliation and reestablish their social, cultural, and religious coherence?

This issue investigates the question of the self-conception of such groups and their handling of the situations they are confronted with. To this end, the concept of the community of images provides a key to spaces of possibility and spheres of perception that can foster affiliation established under conditions of severe pressure—like war and emigration or the intense experiences of villagers living in frontier regions and confronted with the drawing of new borders. The stages for the contributions in this issue are North and South America, Africa, and Central and Eastern Europe. 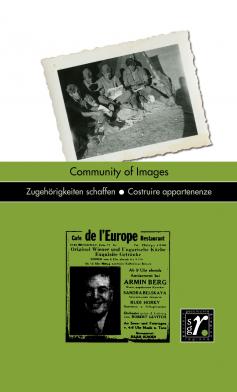