Spatial structures with their attributions of meaning are continuously subject to changes. If such processes of change extend over longer periods of time, they are more easily integrated into the respective conceptions of space. If changes occur suddenly, however, they can often lead to conflicts since they are perceived as interfering with the existing order and orientation. This is the case during the implementation of administrative reforms, for example. In times of fundamental administrative changes in history, differing spatial concepts regularly clashed. When a sovereignty decided to implement a new order in a certain region, for instance, that new order subsequently usually competed with the local population’s perception and usage of space.

With this consideration as a point of departure, this issue on “Veränderungen des Raums/Mutamenti dello spazio” (Changes to Spaces) interweaves the analysis of spatial constructs with modern administrative history. All four contributions deal with the implementation—or attempts at implementation—of new administration structures that challenged existing spatial constructions. 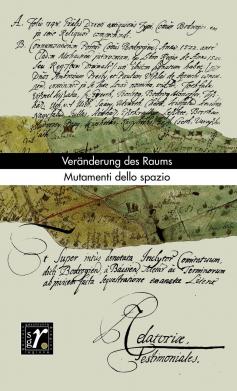